To the Multinationals: You Can Come Home Again, China and an Opportunity 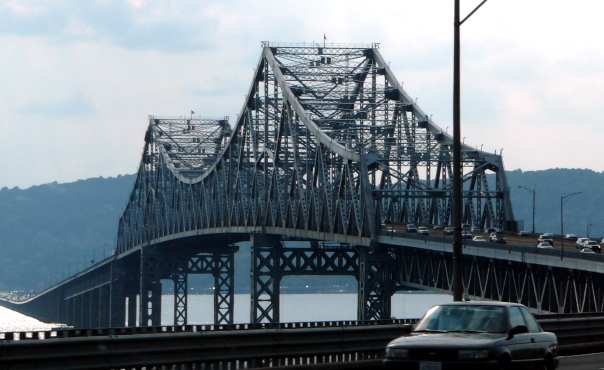 To many, this recent stock market turndown as a hunker-down time. You know the markets will eventually recover, but you just have to ride it out. Others have sold or shorted stock on the hope of short term gains, though history shows that market timing is more difficult than it seems. To others this becomes an opportunity. Those with free cash available will also try to make a killing by timing the market and buying while prices are low. All of those represent standard “inside-the-box” thinking. I’ve always believed that one person’s downturn is another’s opportunity.  During the recession that began in 1873, Andrew Carnegie used the downturn in prices and wages to build up his steel company by making investments in new equipment and hiring more workers. When the depression ended, his company was in position to take off, and the rest is history, as they say.

Now the world is facing a downturn in China’s growth. Add the stock market drop to the recent Chinese environmental and safety-related disasters, and the decrease in economic growth, and China isn’t looking like the path to riches it once did. To me China has always been a bubble waiting to burst. Well, it has. China may continue to grow but it will certainly mature at a much slower pace. Now we can decide what to do. We can hunker down and ride it out. The Federal Reserve will undoubtedly put off the expected increase in interest rates planned for the September time frame. The US economy will chug along at 2% growth or so. And a few rich people with free cash may make some more money by buying the temporarily depressed, cheaper stocks. Or we can take advantage of an opportunity here.

Sometimes an opportunity arises when two very divergent issues can be made to converge. Right now the US is faced with a deteriorating infrastructure and a lack of will to pay for it. (I’m being polite here). The highway trust fund is out of money and Congress isn’t willing to raise gas taxes to pay for it. For a Republican, voting to increase taxes can be likened to political suicide. So they voted a three month extension, kicking the can down the road.

At the same time more companies who took business offshore and now may be looking to return to solidity of the US economy and workers. The Chinese hare isn’t looking so fast any more, and the US tortoise may be looking more attractive right now. The problem is what to do with those profits that these multinationals have been stashing overseas. They certainly don’t want to pay what they consider the exorbitant 35% US taxes (though they hardly ever pay at that rate) on these profits. Bloomberg reported that these stockpiled offshore profits may be as high as $2.1 Trillion. So what to do?

Of course, Democrats certainly don’t want to lower the rates. It’s a matter of principle. Pay your fair share is their battle cry. The argument goes that the multinationals will invest any taxes saved. The democrats don’t buy that. They believe the funds saved in the reduced taxes will go the stockholders in share buybacks and not result in increased US investment. So here’s the solution. It requires people to bite down a bit on their ideological urges. Congress passes a law that reduces the tax rate to 25% on those “stashed” profits but requires all the money collected to be used only for capital improvements. In other words, use the “windfall” of taxes to fund the Highway Trust Fund and other capital improvements. To the multinationals: consider this as an investment. The capital improvements will not only enhance the nation’s efficiency, but it will provide a short-term stimulus. Construction jobs typically pay higher than minimum wage. More money in the pockets of consumers means more money to buy stuff – an opportunity for the corporations to sell stuff. The multi-nationals can also claim they are making an investment in America. Current low interest rates also provides the opportunity for lower cost investments by these multi-nationals to move manufacturing back to the US, while also providing an opportunity for the government to make more infrastructure investments through low interest bonds. The Republicans can claim this as a tax cut (35% vs 25%) and can claim they helped fix the nation’s infrastructure without raising taxes. The Democrats can declare this as a victory in gathering owed taxes and funding infrastructure. Both sides can claim they helped bring back manufacturing. (Let their spin doctors fight that one.)  The ultimate winner is the American people.